In November 2018, the deadly Camp Fire and Woolsey Hill Fires impacted both Northern and Southern California simultaneously. To better understand how the fires affected health facilities across the state, Analytica partnered with the California Health and Human Services Agency and various government departments (CDPH, OSHPD, DHCS, DSS) to build an interactive version of the daily status report to be disseminated to stakeholders across the state each day during the incidents.

The resulting dashboards reported both operational and evacuation status of facilities near the fire perimeter using key performance dashboards and interactive maps. Future incidents will use this template for reporting, allowing end users to gain daily updates and drill-down information regarding impacted facilities during an emergency. Additionally, users will see a historical record with the ability to perform deeper analysis on how emergencies affect impacted communities. 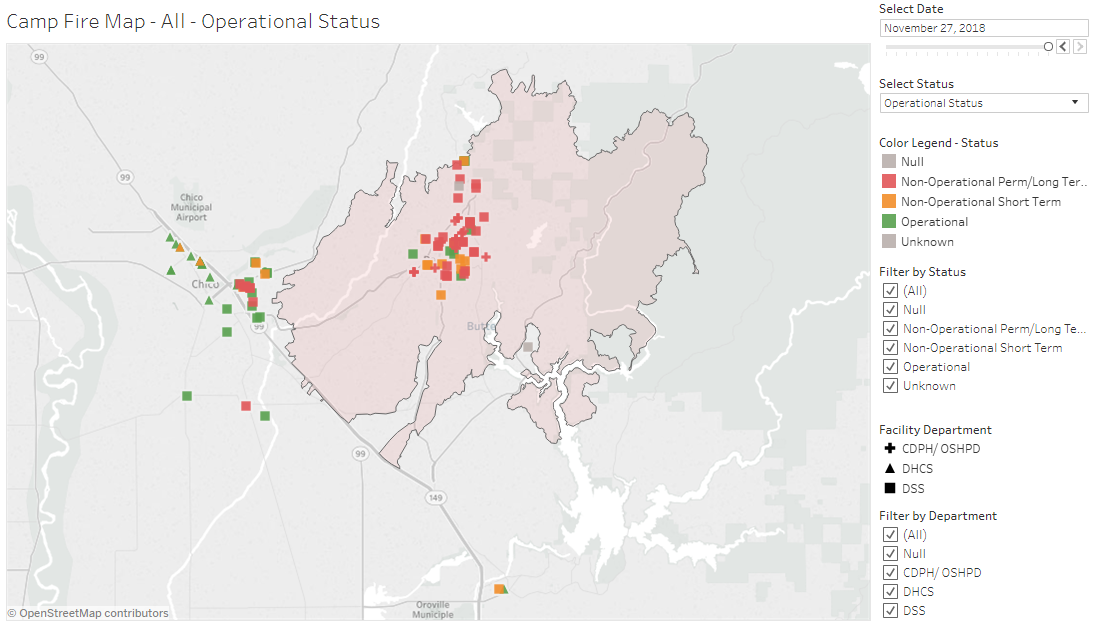